The dawn of XPU rendering

We had our first date in the early 2000s and for a number of years we saw each other on and off going for date nights but nothing serious happened. I was attracted as we had the opportunity to work together on a number of projects. Then one day in 2007 I decided to make a move and offered my hand in marriage and I bought my first Renderman license. Everything seemed like roses for a while but then clouds appeared on the horizon. Promises on our wedding night did not deliver. The Reyes algorithm was still around and I felt our relationship had stalled. I almost filed for divorce to marry Arnold. Then I decided to give the relationship another go.

We go to therapy!

I invested in the Renderman community. I even started to make educational material to support the relationship even though we were in the midst of heart failure. I endured and RIS rendering was introduced into our relationship. Exciting times again, as for a while all other renderers on the market were zooming around in new and updated technologies. With RIS our relationship once again blossomed!

The Future is bright

A lot of new technologies were introduced, such as faster rendering, path tracing new shaders, IPR rendering could be used in production for tweaking shading on the fly. It is with anticipation I look forward to yet another anniversary as Renderman 22 was hinted at during the current SIGGRAPH 2017 with even better live rendering and the mysterious XPU rendering technology. It looks like I will have use of my new GPU while rendering in Renderman. Take a look at the Pixar newsletter announcing some of the new and anticipated features.

“Meshman says! To render is a way to enrich your day!” 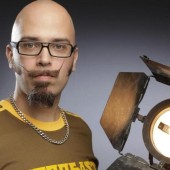